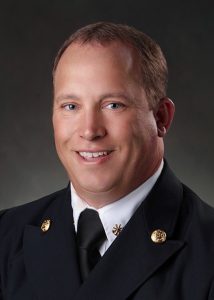 On average, a fire department responded to a fire somewhere in the US every 24 seconds in 2019. A home structure fire was reported every 93 seconds, a home fire death occurred every three hours and 10 minutes, and a home fire injury occurred every 43 minutes.

Causes of Fires and Fire Deaths

Who is Most at Risk

Senior citizens age 70 and over and children under the age of 5 have the greatest risk of fire death.
The fire death risk among seniors is more than double the average population.
The fire death risk for children under age 5 is nearly double the risk of the average population.
Children under the age of 10 accounted for an estimated 17 percent of all fire deaths in 1996.
Men die or are injured in fires almost twice as often as women.
African Americans and American Indians have significantly higher death rates per capita than the national average. Although African Americans comprise 13 percent of the population, they account for 26 percent of fire deaths.

A working smoke alarm dramatically increases a person’s chance of surviving a fire.
Approximately 88 percent of U.S. homes have at least one smoke alarm. However, these alarms are not always properly maintained and as a result might not work in an emergency. There has been a disturbing increase over the last ten years in the number of fires that occur in homes with non-functioning alarms.
It is estimated that over 40 percent of residential fires and three-fifths of residential fatalities occur in homes with no smoke alarms. Residential sprinklers have become more cost effective for homes. Currently, few homes are protected by them.

Properly placed smoke alarms double the likelihood of survival of a house fire.

Alarms should be replaced every eight to ten years, and for smoke alarms that use traditional batteries, batteries should be changed once a year.

Smoke alarms should be tested every month

Install smoke alarms on every level, in every sleeping area and outside every bedroom of the building.

Ionization and photoelectric smoke alarms are better at detecting different kinds of potentially fatal fires. The US Fire Administration recommends every household be equipped with both kinds of alarms, or dual sensor alarms.

IF YOU DO NOT HAVE ONE, PLEASE GET ONE.